Slipknot Releases New Album – We Are Not Your Kind

Slipknot Releases New Album – We Are Not Your Kind

AUGUST 9, 2019 – SLIPKNOT have released their widely anticipated sixth LP, WE ARE NOT YOUR KIND. The new album is available for streaming today on all platforms, with exclusive bundles available at www.slipknot1.com.

“With their latest studio album, Slipknot have released one of the strongest albums in their career,” remarked Consequence of Sound with The Independent declaring, “The sheer ambition of WE ARE NOT YOUR KIND is just as staggering as their seminal record Iowa – the dynamic might be even better,” while Billboard attested, “Iowa’s greatest musical export has only improved on its genre-busting sound.”  The UK’s NME put it simply: “The ‘Knot’s sixth album is an astonishing record.”

WE ARE NOT YOUR KIND is highlighted by early album tracks “Birth Of The Cruel,”  “Solway Firth,” and the LP’s lead single “Unsainted.” Each has come with an M. Shawn Crahan directed official music video, and each has trended worldwide on YouTube (all videos, not just music) – “Unsainted” at #1 worldwide for a full 24 hours.  All told, the band has amassed over 52 million views in only two months.  SLIPKNOT shook the world once again with the worldwide live debuts of “Unsainted” and their 2018 single “All Out Life” on Jimmy Kimmel Live!, both of which have become the show’s most viewed music performances of 2019 on YouTube.  “Solway Firth” is also joined by a Crahan directed official music video, featuring exclusive footage from the new Amazon Original series, “The Boys,” alongside live performance footage from SLIPKNOT’s recent headline festival run in Europe.

SLIPKNOT’s Knotfest Roadshow headline tour is underway, continuing tomorrow night with a massive sold-out homewtown show in front of 16,000 fans at the Iowa State Fair Grandstand. Featuring special guests Volbeat, Gojira, and Behemoth on all dates, SLIPKNOT’s headline tour is set to run through September 8th where it will conclude with a performance at Cynthia Woods Mitchell Pavilion in The Woodlands, TX (see itinerary below).  For tickets and more information on SLIPKNOT’s Knotfest Roadshow, visit www.slipknot1.com.

SLIPKNOT surprised fans around the globe last fall with the release of the standalone single, “All Out Life.”  Reaction to the track was staggering, with the official music video – also directed by Crahan – racking up over 43 Million YouTube views on the band’s official YouTube channel.

Last month SLIPKNOT unveiled details of their very own craft spirit, No. 9 Iowa Whiskey, which will be available August 10th at select retailers in all 50 states and at the band’s headline Knotfest Roadshow North America tour.  A collaboration with the Iowa-based Cedar Ridge Distillery, No. 9 Iowa Whiskey (90 proof) will retail for $39.99 and No. 9 Reserve Iowa Whiskey (99 proof) will retail for $69.99, both which are made with corn from the award-winning distillery’s family farm in Winthrop, Iowa. 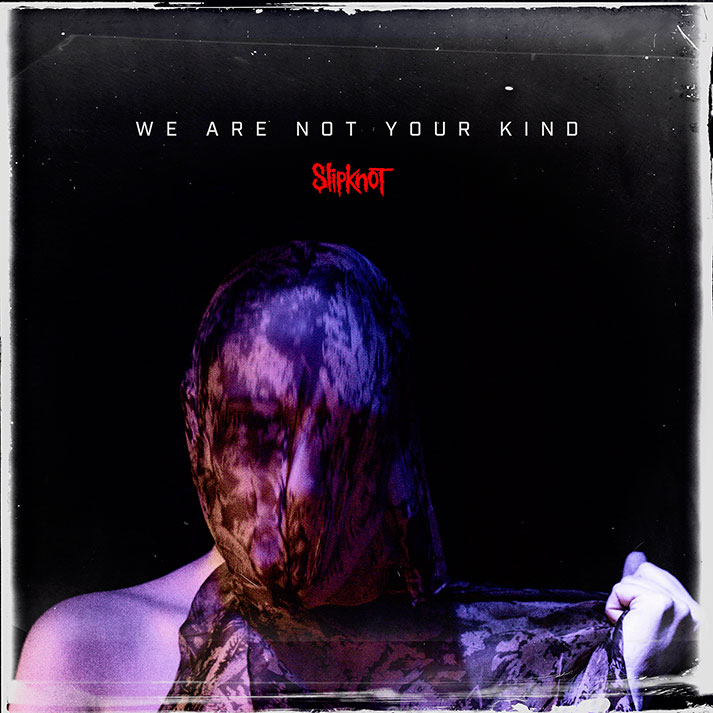 SLIPKNOT – WE ARE NOT YOUR KIND